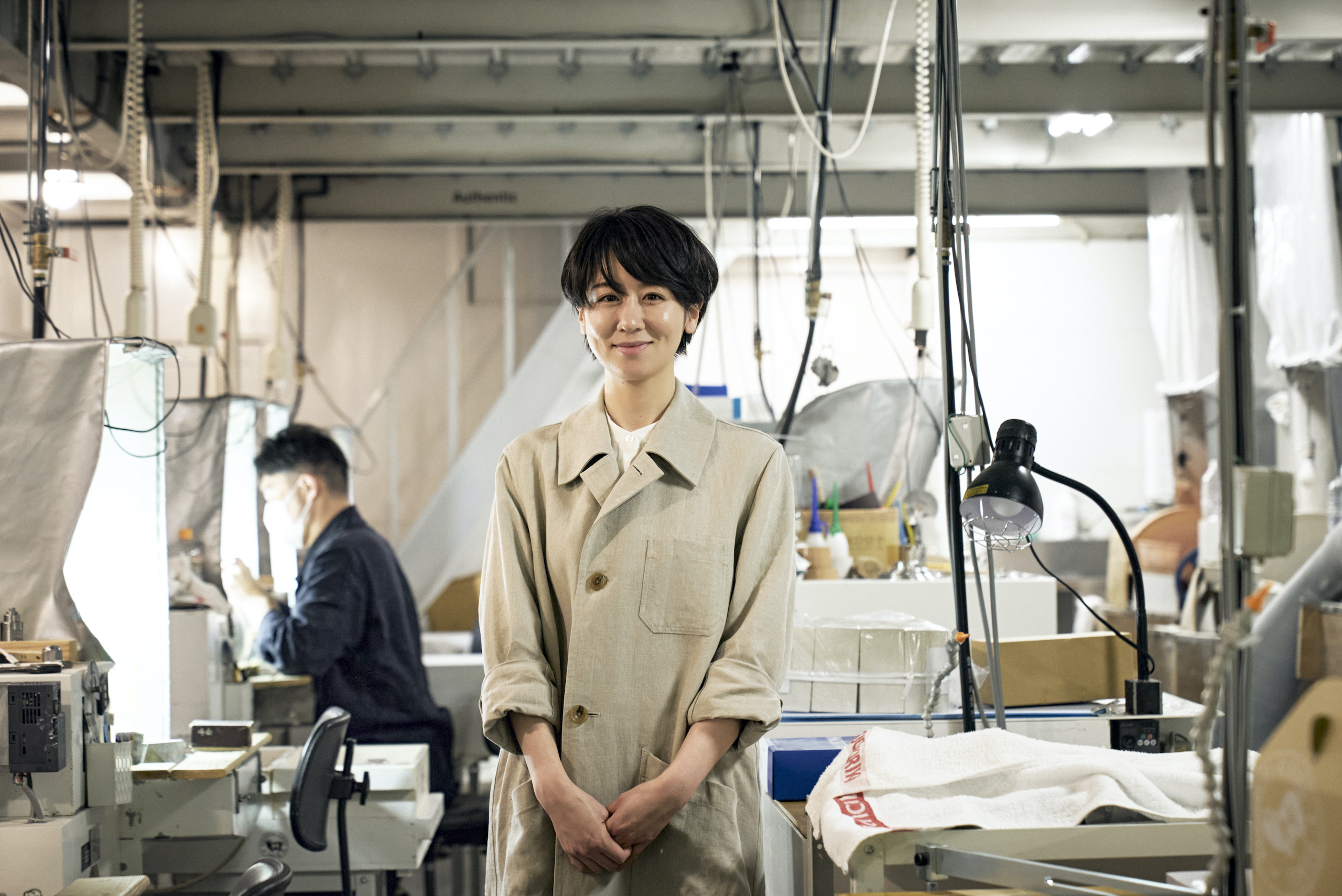 Senna Misawa didn’t originally intend on becoming an Edo Kiriko craftsman. Unlike most artisans in Japan, she didn’t have a background or familial connection with the industry. Her plan was to open a nail salon. But when she came across a unique Edo Kiriko product made by Toru Horiguchi, it changed her life.

Now in her seventh year working at Horiguchi Kiriko, Misawa has been finding new ways to express a craft that dates back to the late Edo Period (1603-1868). An adaptation of European decorative cut glass, Edo Kiriko was first made in Tokyo during the 19th century. Named after the capital, then called Edo, its use of colored glass and Japanese motifs and patterns quickly defined its distinct style. Hand-crafted, usually cut with rotary grinding tools, this technique is still used today as luxury tableware.

In 2019, Misawa launched her own brand of Edo Kiriko products — delicate contemporary designs cut onto items designed for everyday use. As she shows me her unique works at the Horiguchi Kiriko workshop in Edogawa, Tokyo, she says one of her roles is to “constantly look at her craft objectively and add new ideas.”

What is Edo Kiriko to you?

It's a beautifully free form of expression for glass. When you look at glass, you instinctively understand its beauty. Edo Kiriko has many ways to express this further — colour, pattern, design.

Yeah, to me, Edo Kiriko is definitely very artistic, almost like a delicate sculpture. Why did you decide to join Horiguchi Kiriko’s workshop and train as a craftsperson?

Actually, I didn’t intend on becoming a craftsman from the beginning. It was Toru’s work that first inspired me – I came across a beautiful jar for skin cream that he had made for the Japanese cosmetics brand POLA. When I saw it, I was struck by its elegance and impressed at how Edo Kiriko could be applied to something other than tableware. After that, I decided that I wanted to work at Horiguchi Kiriko and approached them directly.

Not many people know what it’s actually like to be a deshi (apprentice). What was your apprenticeship period like?

Haha, well, the “training” – that was more like on-the-job actual production, such as fabrication and cutting products. It wasn’t like your stereotypical image of a craftsman saying, “stand behind me and watch what I do.” In this line of work, you can’t really learn without doing. It requires hands-on techniques, so you need a certain level of experience and a volume of repetition to hone those skills.

What were some difficult aspects of the training?

Something that took a really long time and required a lot of research, was learning how to do migaki (polishing). That’s a skill that you have to explore by yourself to fully understand. Even after you’ve learned it, you still have to keep researching and practicing. I often kept on honing my migaki skills after the end of the workday.

You’ve been a craftsman now for seven years. Was there a specific achievement or experience when you felt you could call yourself an Edo Kiriko craftsperson?

That’s a hard question, haha. No, there wasn’t a specific moment. As a craftsperson, though, I find you grow day by day. When I created my brand, SENA MISAWA, it wasn’t so much that I felt that I had grown, but more that I had become confident.

Before that, I really lacked confidence, especially about making things based on my own ideas and thoughts. I’ve always thought deeply about my role as an Edo Kiriko craftsman, but I wasn’t as confident about creating something unique for everyone — not just for myself — that was worthy enough to repay my debt of gratitude towards Edo Kiriko. Being recognized for my skills, artistic talent, and design sense by my boss, though, that was the number one factor for me gaining confidence.

Tell us more about your own brand.

I started SENA MISAWA in July 2019. Its concept revolves around creating Kiriko-cut glassware that is exquisite to look at, but also fits in everyday spaces. Edo Kiriko is seen as glamorous, ornate and high-end. Many people think it’s reserved for high-class Japanese restaurant tableware. I once thought that too. I wanted to showcase its beauty in everyday life products. So my designs are more casual and the items can be used in the home.

Yeah, that’s definitely the impression of Edo Kiriko I had as well before seeing your new products. What kind of response have you received about your brand?

I often use social media to show my work, and I use product photos that feature the objects being used in everyday environments. I’ve seen a lot of comments from people mentioning that they had never thought to use Edo Kiriko items, but after seeing the designs, they would now consider it. I feel like a lot of customers are those who, until recently, didn’t know the flexibility in expression that Edo Kiriko offers.

It seems that most people nowadays have a stereotypical view of Edo Kiriko?

You could say that, but I also wanted to create a new kind of Edo Kiriko, so that people who weren’t interested before can discover a new facet of the craft and have more choice to pick from.

Tell us exactly what is different about what you are doing and Edo Kiriko of the past.

To put it simply, it’s the choice of certain colours that weren’t used traditionally, and the use of some of them in more opaque iterations. I’ve also incorporated more of a matte texture on the surface, which evokes frosted glass. The designs themselves are quite minimal as well.

When you joined Horiguchi Kiriko, you made a pledge to your master. What is that exactly?

The pledge was to pass down whatever I was taught to one or more individuals. As craftspeople, we reap the benefits from Edo Kiriko by receiving knowledge and wisdom from our predecessors, and we are able to make a living from this.

It’s our duty then to pass that on to the next generation. Now, there are around 100 Edo Kiriko artisans. If each one is able to pass on skills to at least one other person, then this tradition can be sustained.

Are there many women Edo Kiriko artisans?

Of the 100 Edo Kiriko craftspeople, about 15 are women, so I actually get asked a lot about being a woman in a male-dominated industry. The Horiguchi Kiriko work environment is great though, and I haven’t been treated any differently. But now that I’ve gained years of experience, I’ve begun to think about marriage and children. So I would like to take the initiative to create a work-life balance structure that can support artisans with families.

You still have a long road ahead of you in this field – what’s next?

Right now, I’m focusing on publicizing the appeal of Edo Kiriko. Until recently, exhibitions about Edo Kiriko have generally been held at high-end places, for example in Ginza. And quite often the venues are exclusive, so the audience is limited. I’d like to see more shows in local regions, or in places like Shibuya, where there is more of a wider mix of cultures. That would be great. I’d like to hold that kind of exhibition! ▲ 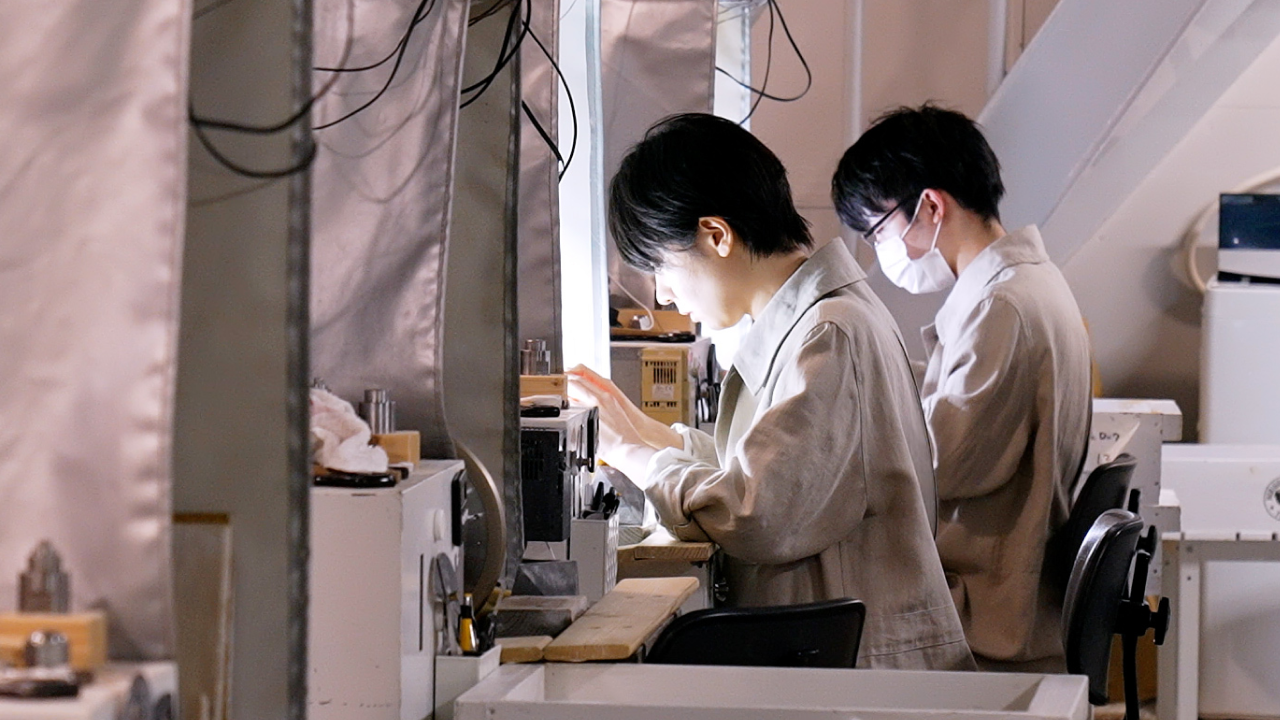 Watch the video
Horiguchi Kiriko: New Ground for Cut Glass
Edo Kiriko artisans Senna Misawa and Yuki Sakamoto share how they honed their skills and why they are inspired to redefine their craft. 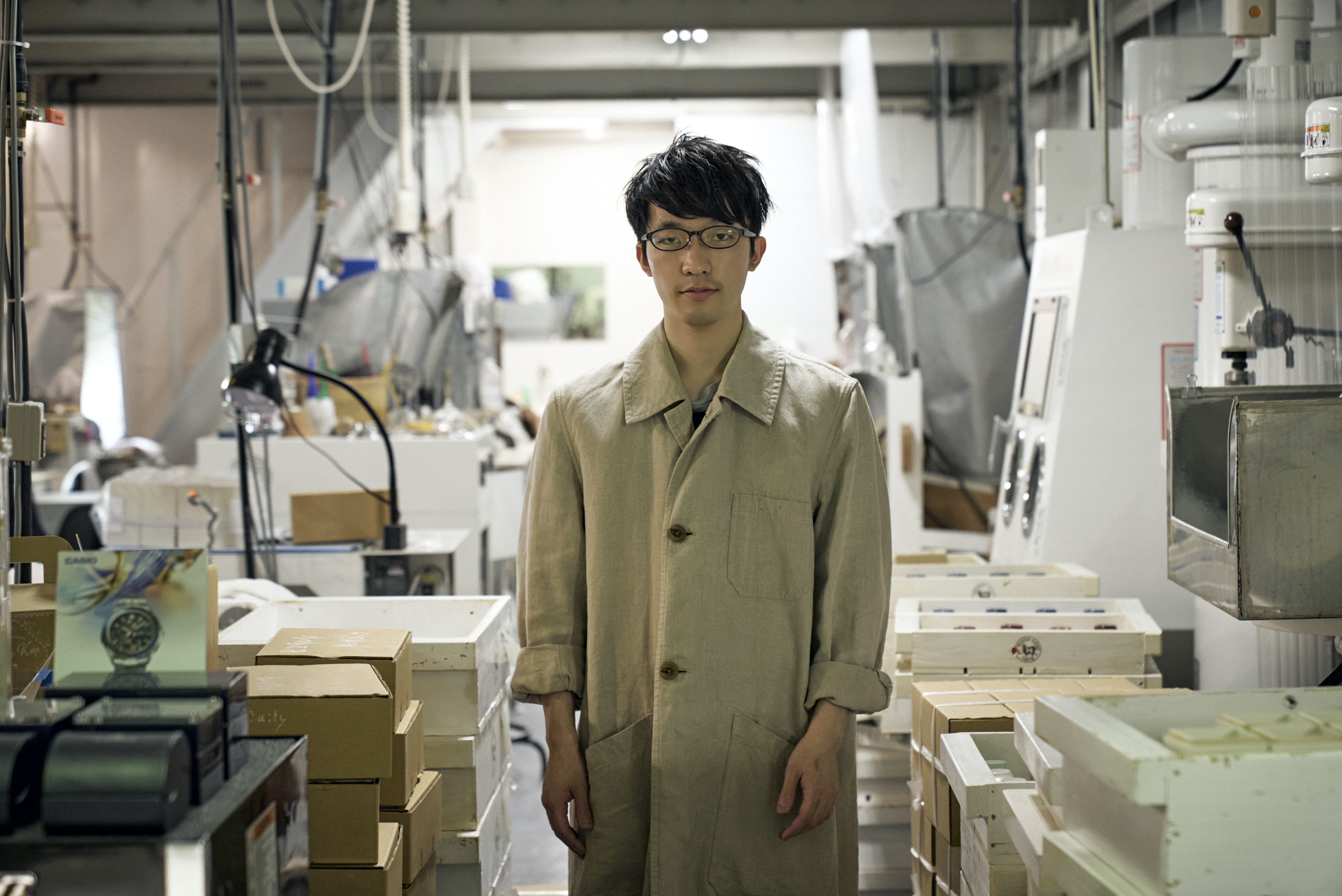 Interview
Yuki Sakamoto on the road to becoming an artisan