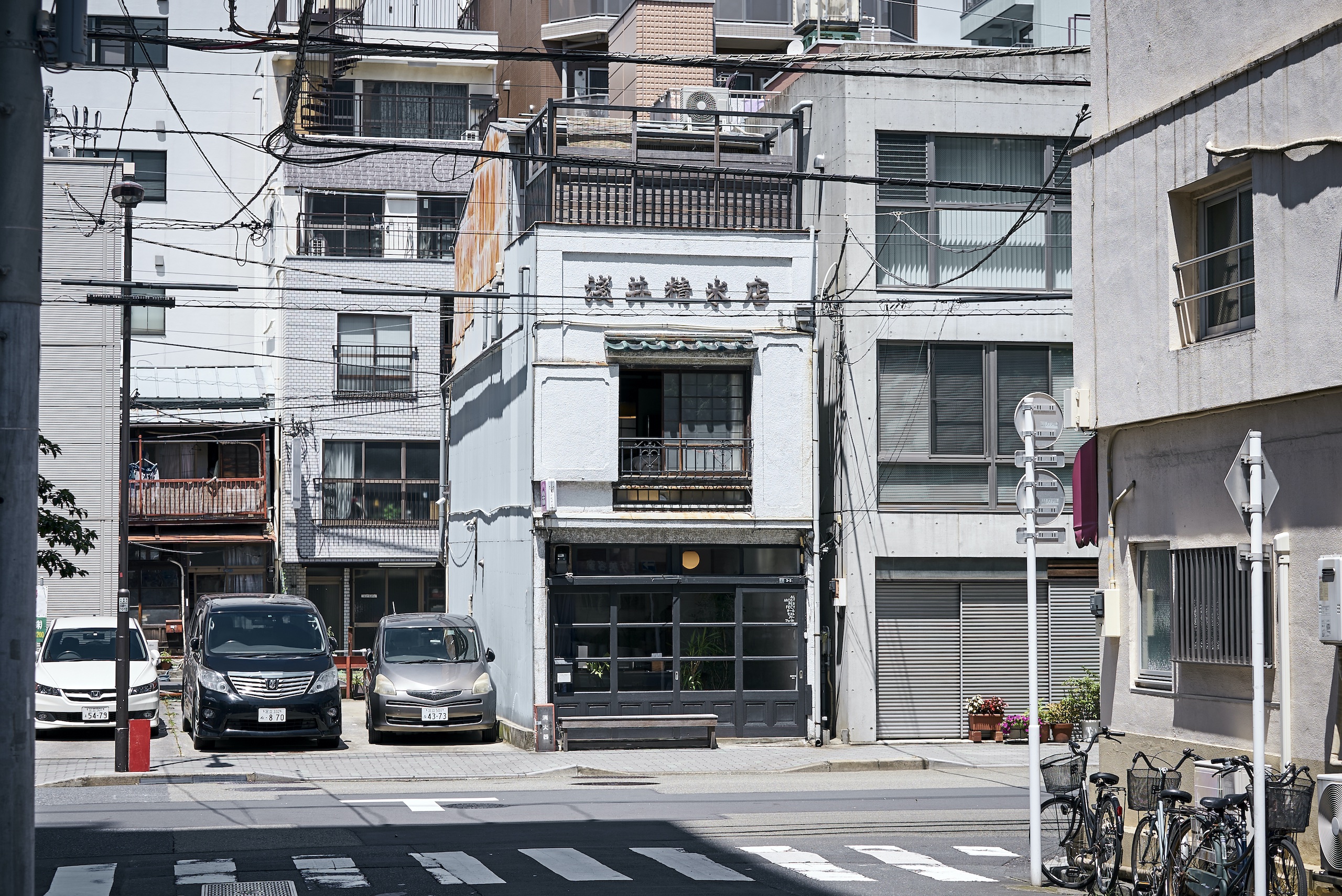 In the Kuramae district of Tokyo, the face of a white-plastered three-storey building bears carved wooden letters signaling a rice shop. Discreet white letters spell out Almost Perfect on a pane of glass in a row of black-painted wooden sliding doors. Almost Perfect is a creative-in-residency program offering guests living quarters, studio space, and a gallery.

From its ground-floor gallery space dominated by a set of large metal hoppers and chutes, founders Yuka and Luis Mendo talk about how their dream to move into the historical building evolved into a project to offer creatives an unusual space to explore and showcase new ideas.

Part of this interview has been translated from Japanese. It has been edited and condensed for clarity.

What’s the story behind Almost Perfect?

Luis: When I first came to Japan years ago, I was suffering from burnout and I just wanted to relax. I rented a furnished apartment and stayed three months, which turned out to be good for my career as a creative. So, when we found this place, I thought, “Wouldn’t it be nice to offer a residence to others needing a similar creative break?” That idea evolved to what we describe as like an artist-in-residence program, because it’s not just for artists. We didn’t want to exclude any creative industry.

The space got popular really fast — how did you attract your guests?

Luis: Many people ask us about that. Like, “Oh, did you put a lot of money into advertising?” But, actually, we just launched a website — I’ve been a graphic designer for 20 years, so I know how to make a decent website. I made some illustrations to make it a bit nicer, and I art-directed a photographer to photograph the space. With that, we started an Instagram account and it grew pretty fast from there. The first year we had around 50% occupancy. Then it was 80%, 85%. But then COVID happened and nobody could enter Japan, but that's another story.

Can anyone apply to stay?

Luis: In principle, yes. But we do curate carefully — that’s important. We have a group of curators to help us decide. For instance we are wary of residence-hoppers, because we prefer to give a chance to people who we think really will make the best use of their time here.

Yuka: We accept about 20% of the total number of applicants, since we only have two rooms and the year only has so many days. Our own taste or style does naturally influence our choice, but it is broader than that. We are very keen on bringing together like-minded people.

Luis: Of course, we do carefully analyze the work they've done and consider their aspirations. What have they done in their career? What are their future plans, or their ideas of the future? But also what kind of person they are. We ask potential candidates for a Zoom call to get a better feeling of who they are; our intuition plays a big role too.

Yuka: It’s also hard work for them to come here — our residencies are quite short, and participants have to create a show or presentation by the end of the stay. They can’t just do research, take in the experience and have fun [laughs]. We are not an Airbnb or a hotel.

Can you tell us more about the Almost Perfect building? It has some quirks, I think best explained by you …

Yuka: We found it by chance. I asked a friend, who lives nearby, if she knew of a nice place to live, somewhere with a casual atmosphere, and the friend said, “That rice shop is available ..." [laughs]. As a three-storey building though, it just seemed a little too big for only two people.

It was built in the style of kanban kenchiku [signboard architecture] right after the Great Kantō earthquake in 1923. So the structure had both a store and living space. The facade of the building is elaborately designed, but the sides and back are simple and made of galvanized sheet iron. It doesn't look super stable, but it's pretty solid — I mean it’s lasted for nearly 100 years already.

Luis: After the earthquake, Japan received help from the U.S. to rebuild. Many houses in Tokyo were built with wood supplied by the U.S. government, so some of the beams in our building are made with American timber. Years later, during World War II, the U.S. bombers destroyed most of the neighbourhood, yet this building survived.

Almost Perfect really started because we just wanted to live here. We moved in upstairs and then thought, “What should we do with the other room?”

Yuka: Yeah, first we only made one room a residence, but we got so many applications that we decided to move out and make the whole place Almost Perfect.

Who owns the building?

Luis: Oh, Asai-san is our landlord. He's a very cool guy, he has a sports car from the same year I was born, 1969. And he used that car to take rice to clients! He still drives it, and sometimes he drops by and says hello.

Yuka: I think he’s 86. Something like that, and it was a Nissan maybe?

What’s the deal with the rice-milling machines? Do you mill your rice in them?

Luis: Ah, the machines. When we signed the lease, Asai-san said to us, “You can do whatever you want with the building. I don’t care, because if you don't rent it, I’ll just knock it down and make a parking lot.”

We thought, “No, no, please don't knock it down!” And we asked if we could renovate it. His reply was, “Do whatever you need, just don’t touch the machines, because if you take them out, the house may collapse.”

Yuka: Er, actually he didn't quite say that …

Luis: That's what you translated to me! [laughs]

Yuka: I may have kind of added that … Okay, I was guessing.

Luis: But, you know, the house was built around the machines. So we were actually afraid to take them out. There’s a transporter belt that was used to carry rice up from the basement to separate the husk from the grain. Now, guests sometimes hang works on the sheet metal with magnets.

Yuka: Yeah, it makes the place kind of special, even though some people think it’s a coffee roaster …

Going back to the residents — can you tell me more about the people that find their way to Almost Perfect?

Luis: Well, we are not strictly an “artist” residency, but more a creative residency. We get much more variation. We have different kinds of residents. There are those inclined to create because they need to — it’s an internal urge. And there are the applied artists and other creatives who need to be given a reason to create or a problem to solve. We are open to both of those worlds.

Yuka: We’ve had designers, illustrators, musicians, entrepreneurs — all sorts! It’s for any creative person at a turning point in their careers.

Luis: It's an honour to have these people sharing time with us. We have a baby daughter now, and we look forward to the day that she starts talking to our guests. To grow up surrounded by such diversity, means she’ll be surrounded by positive influences. She won't be racist, she won't be sexist, and of course she will be creative — we hope.

So you plan to stick around for a long while. Do you have more plans for Almost Perfect?

Luis: You know, the whole idea of Almost Perfect is that it's not actually the building, though it is beautiful. We are not tied to this building — Almost Perfect could be somewhere else. Almost Perfect could be anything. The idea is that creatives need to be able to press the pause button, and then restart. That could be translated into online courses, a book series, or a TV program … The possibilities are endless.

We did have a dream of owning a cafe, so we could have more people coming in and out.

We have some other ideas but whatever we do, we want to keep it small. We both know what it’s like to burn out, and we don't want that to happen again. ▲

Part 2 focuses on Yuka and Luis Mendo’s impressions of Tokyo and the neighbourhood surrounding Almost Perfect. 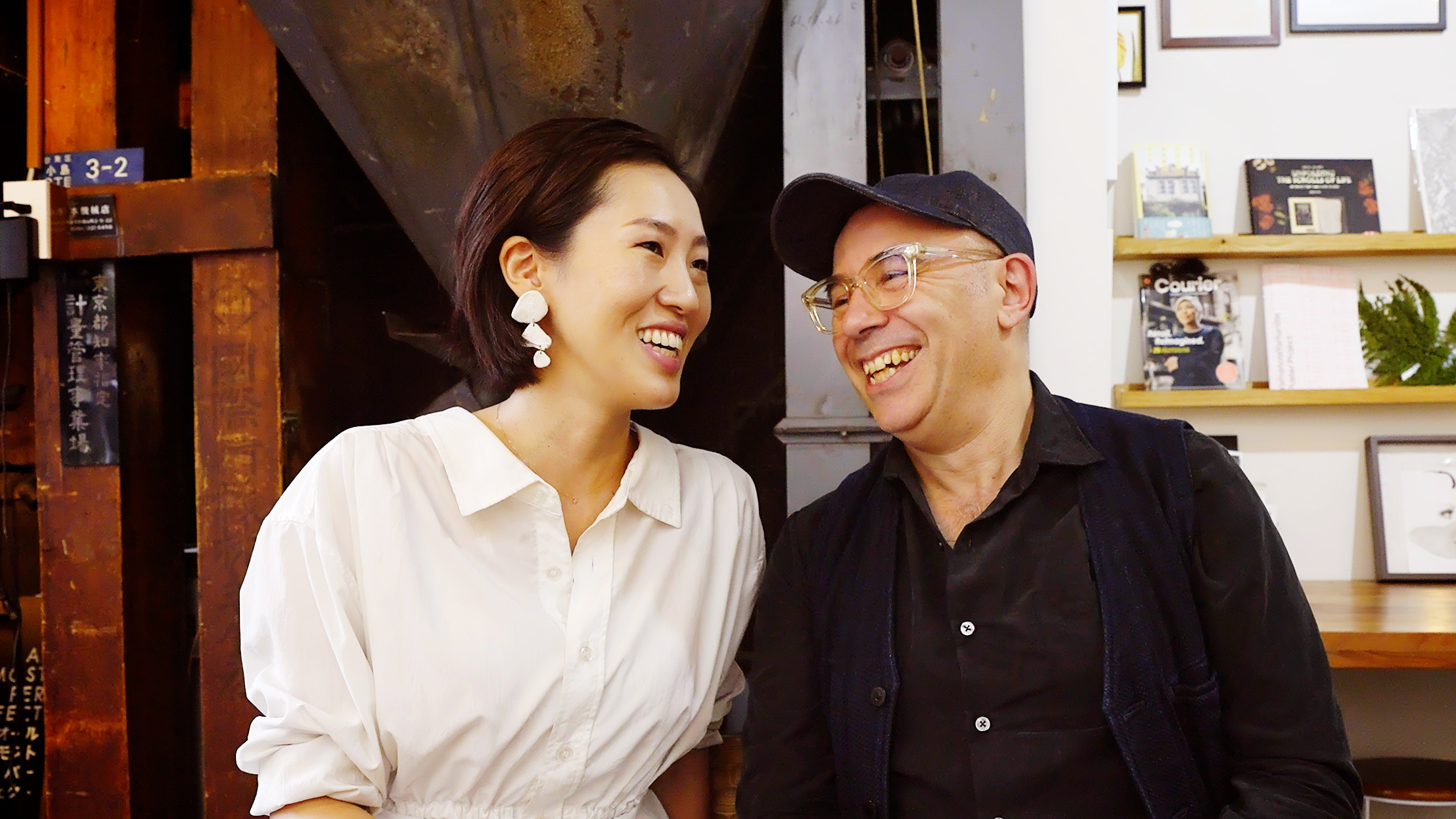 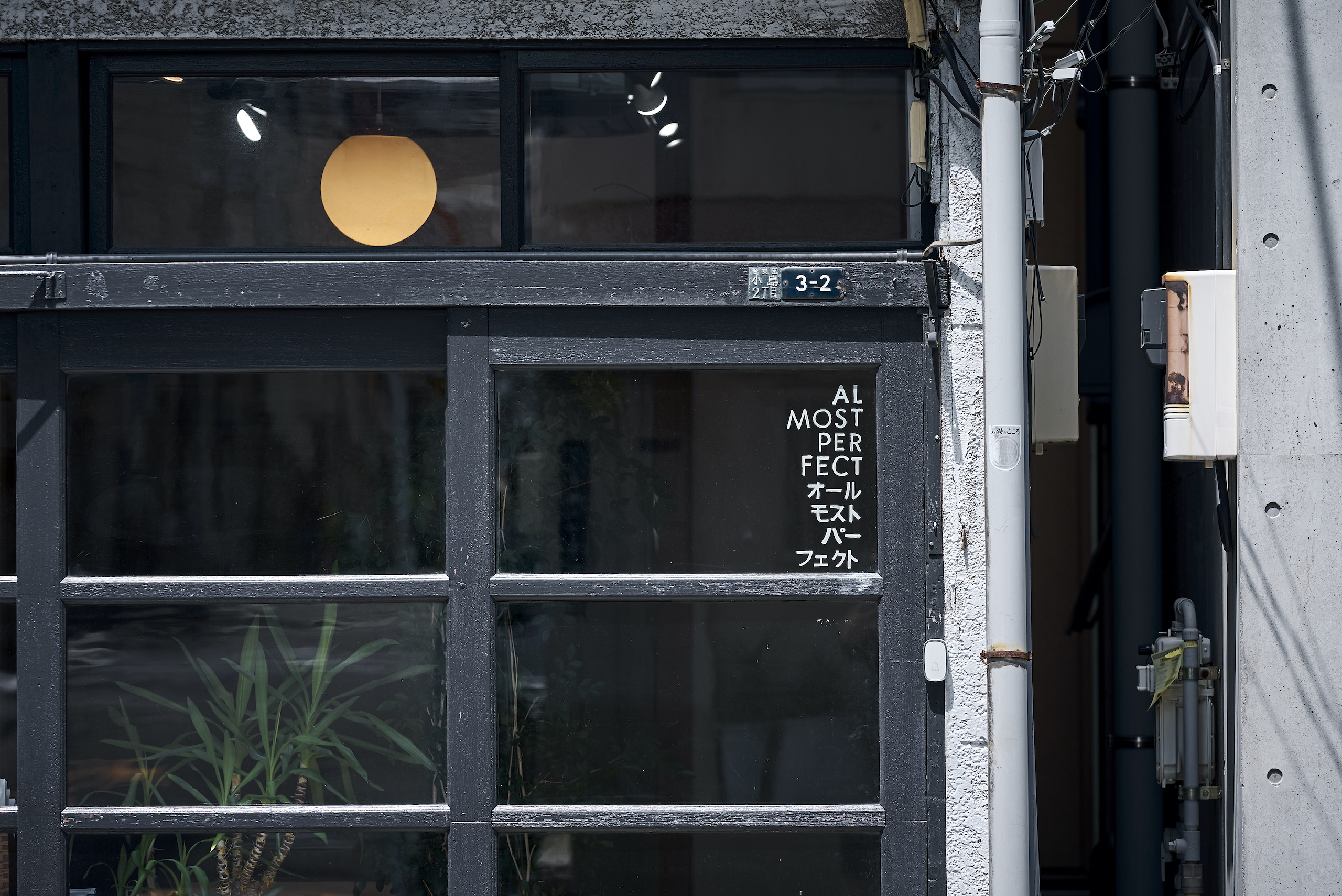 Interview
Kuramae: a Tokyo Neighbourhood Where Making is All Around